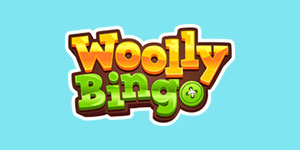 Currently Woolly Bingo does not offer any no deposit bonuses.

At your first deposit you will receive 20 bonus spins as part of your welcome bonus.

As the casino likes to keep it simple, it's not offering any bonus codes as part of a welcome offer.

How to claim your Woolly Bingo bonuses:

Woolly Bingo was launched in 2016 with a website designed to fit its unusual name. Knitted cartoonish visuals in pastel colours make the venue look warm and welcoming from the moment you step in and simple layout facilitates easy navigation. Though this is first and foremost a destination for bingo fans, it’s also home to a large collection of online casino games provided by multiple renowned developers. All gaming options are instantly accessible via the internet on both desktops and mobile devices.

Woolly Bingo is operated by a renowned gaming group, 888 Holdings, operates with licenses issued by the UK Gambling Commission and the Government of Gibraltar, and displays an eCOGRA Safe & Fair seal which indicates the operator complies with the organization’s Generally Accepted Practice requirements covering player protection and fair gaming. An SSL Protocol with 128-bit encryption is used to provide security between your computer and the Casino’s servers and a systematically tested RNG to ensure consistent randomness of the results. Powered by Dragonfish software, the website hosts about 500 slots and other casino games from NetEnt, NYX, IGT, Quickspin, Barcrest, Big Time Gaming, WMS, iSoftBet, Blueprint Gaming, Eyecon and PariPlay. One can also choose to play at Evolution-powered Live Casino and try their luck against live dealers in a game of roulette, blackjack, baccarat or poker.

Only after you register and log in will you get access to Bingo Lobby and see options available to bingo fans. Woolly Bingo will offer you to pick between several types of bingo games, the most popular one being 90-ball bingo with three winning opportunities – 1 line, 2 line and Full House. One can alternatively opt for 75-ball bingo, the dominant game form in North America in which the first player to complete a predetermined pattern wins the game. Then there is the 52-5 Cards bingo, a relatively new version of the game played with playing cards instead of numbered balls, and 52-5 Candy using candies instead of bingo balls. Not all rooms are open all the time and some only allow access to certain groups of players.

Woolly Bingo will travel wherever you go thanks to its mobile-responsive website and downloadable apps for Android and iOS smartphones and tablets. The price of bingo tickets starts at only 1p and goes up to £10. In general, the size of a game’s payout depends on the cost per card and the number of players who opted in; the higher the price and the bigger the number of players, the larger will be the prize. Occasionally, Woolly Bingo offers a fixed minimum prize regardless of these two factors and sometime also attaches an extra jackpot. The maximum number of cards an individual player can purchase in a single game is normally 96. Many of the rooms include Chat feature allowing you to talk to other players while enjoying the game.

If you’re into 90-ball bingo games, head to Sunny 90’s, Wacky Wings, Chatter Box, The Big Night In, 90’s Extreme, Pennies Make £’s or Late Night Show. To play 75-ball bingo, one can enter High 5, Roller Coaster, Big Fat 10 or BOUNCE’T. Woolly Bingo is home to unique Bingo Roulette, Daily Jackpots ranging from £50 to £10K, specials such as Bingo 52, Mystery Jackpots and WOW!, plus a number of free games – Daily Doozey for new members, invite-only Fremium, and a few others available to all funded players. The Big £10,000, Guest List and Wacky Specials can only be entered by members that receive free cards.

Woolly Bingo supports the most popular payment methods and among them credit/debit cards (MasterCard exclusively for UK), PayPal, Neteller, PaySafeCard, Check and Wire Transfer. The minimum limit for both deposits and withdrawals is £5. Processing of payout requests lasts up to 48 hours after which the money will be sent your way.

The content available at the website is surprisingly meagre so you’ll probably need to speak to a Woolly Bingo representative fairly early on. UK players get to call them for free any day of the week between 10am and 2am while others can use an international phone number or send an email.

Is Woolly Bingo currently offering a no deposit bonus?

What are Woolly Bingo sister sites?

Woolly Bingo is owned by 888 Holdings plc and has the following sister sites: