888 (LSE: 888), one of the world’s leading online betting and gaming companies with internationally renowned brands including 888, William Hill, Mr Green and SI Sportsbook, is delighted to announce the launch of Captain8, the first multi-game franchise developed by Section8—888’s wholly owned and operated game studio. 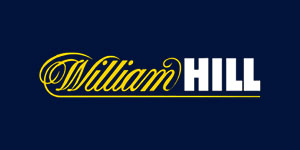 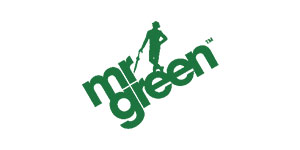 Since its inception back in 1997, Section8 has leveraged the insights and skills of its multidisciplinary team to produce more than 140 exclusive, high-quality gaming products, including dynamic and rich versions of traditional video slots, roulette, and blackjack games.

The Captain8 franchise sends players on an epic adventure across the galaxy, with each game representing a separate universe filled with exciting features. Within each game, players will be able to embark on various missions by choosing any of the six slots in this series and will have a chance to win a new ‘Power 8 Jackpot’ – a unique daily triple-drop win routine, where players have a chance of winning the jackpot three times a day, every eight hours. The new ‘Power 8 Jackpot’ category is currently exclusively linked to the ‘Captain 8’ games and players will get a chance to hit the jackpot just by playing any of the six slots in the series.

Creating new and exclusive games, and combining these with high-quality third-party games, is a critical part of 888’s content and product leadership strategy. This involves developing state-of-the-art technology and content-rich products such as the Captain8 franchise to provide a fun, fair, and safe betting environment for its customers.

As part of 888’s strategy to have all Section8 exclusive games available across all regulated markets where 888casino operates, the Captain8 franchise is now live in the UK, MGA, Denmark, Sweden, Germany, Portugal, and Ontario, with Spain, Italy, and Romania following later in Q3/22 and Michigan and New Jersey following in Q1/23. Section8 will also be releasing additional multi-game slot franchises in 2023 and beyond.

“The launch of our first thematic multi-game release is a huge milestone for Section8. It is rare for suppliers to create such content-rich franchises of such high caliber like Captain8, let alone for an operator-owned studio. This demonstrates our commitment to being a leading in-house content-creation studio and our professional ambition to create best-in-class real-money games. Captain8 showcases the massive progress made by Section8 in all fields of game production including math design, visual design, execution, certification, and delivery.

“With the six games of the new franchise, Section8’s offering now exceeds 140 games in production and we aim to reach 150 by the end of the year before targeting a total of 200 exclusive in-house games by the end of 2024. I’d like to thank the Section8 team for their continued hard work, dedication, and commitment to creating some of the best content in the industry.”

“Leveraging our proprietary technology to create truly unique experiences for our players around the world is critical to us at 888casino and the exclusive launch of ‘Power 8 Jackpot’ and fun new game series, Captain8, is a fantastic example of this focus in practice. With engaging new features, best-in-class graphics, and a first-of-its-kind series format, we believe that the Captain8 series is going to surprise and delight players in the coming months, which we are hugely excited about.”